Those who are familiar with Sports Betting seemed to have created their own language when it comes to Sports betting. If you are new it will be a big help to know what some of these words mean. Not only to get a better understanding of bonuses and all the great information available to you on some of the quality sports betting sites. We have a full list of all the most used Sports Betting Terms to get you up to speed. And and to help you become a more confident sports bettor. 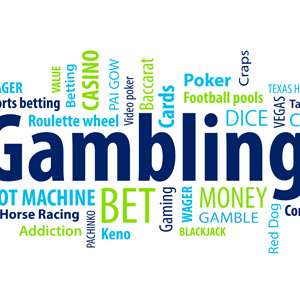 ATS – Against The Spread.

Bad Beat – A bad loss that was against the odds.

Beard – Someone who places a bet for someone else.

Beef – Dispute over a bet.

Bookmaker – A Sportsbook or individual that accepts sporting wagers.

Chalk Player – A player who mostly only bets on the favorites.

Circle Game – A Sporting event where betting limits have been reduced, usually due to injuries or the weather.

Cover – To bet the point spread by the required number of points, also know as "Cover the Spread".

Data Mining – Going through stats to help improve your chances on making the right decision on the outcome of a sporting event.

Dime Line – In sports betting a Dime line is a line where the juice is 10%.

Dog – The team that is considered the underdog, the team most likely to lose.

Dog Player – A gambler who mostly plays the underdog.

Double Bet – A wager that is twice the size of one’s usual wager; also known as Double Pop or Doubling Up.

Due For – A contestant or team that is considered to be overdue for a win or loss in their next contest or sports event.

Edge – the advantage is a sports betting wager.

Even Money – A bet whose odds are 1/1. Also known as a wager in which no vigorish or juice is laid.

Exotic Wager – A wager other than a straight bet, examples being parlays, teasers, if bets, reverses, round robin, round robin box reverses, etc..

Exposure – The maximum amount of money a Sports book stands to lose on an event.

Favorite – The team, side or contestant, competing in any given event, that has the best chance to win.

Figure – An amount owed by, or to, a bookmaker.

First half bet – Wager placed only on the first half of the game.

Future – A wager made, or lines/odds posted, on an event that will be determined sometime in the future, e.g., betting during the season on which team will win the SuperBowl, World Series, NBA Championship or Stanley Cup etc.

Getting Down – To make a wager.

Going Down – Losing a wager, or series of wagers.

Grand Salami – The grand total of goals scored in all the hockey games of the day. It can be wagered to go Over/Under.

Half time bet – A Wager placed only on the second half of the game.

Handicapper – One who studies, rates and wagers on sporting events and/or races.

Handicapping – The attempt to predict the outcome of sporting events.

Hedging – To place a wager on the opposite side in order to cut losses, or guarantee a minimum amount of winnings.

Hold – The percentage the house wins.

Holding Your Own – Breaking even.

Home Field Advantage – The edge the home team is expected to have as a result of playing on their home turf.

Hook – A half point added to football and basketball betting lines.

Hooked – Loss of a wager by exactly a half point.

Hoops – Slang term referring to the game of basketball.

Hot game – A game that is drawing a lot of action on one side, by knowledgeable handicappers.

Juice – The bookmaker’s commission on a losing bet, also known as "vigorish".

Lay the Points – A wager on a favorite in a point spread event.

Lay the Price – A wager on a favorite in a money line event.

Layoff – A wager made by one bookmaker with another bookmaker to help him to balance his action, and reduce his risk.

Limit – The maximum amount a bookmaker will allow you to bet before they change the odds and/or the points.

Line – The current odds or point spread on a particular event.

Linemaker – The person who establishes the original and subsequent betting lines.

Listed Pitchers – A baseball bet which will be placed only if both of the pitchers scheduled to start a game actually start.

Longshot – The team or individual perceived to be unlikely to win.

Move the line – A player pays an additional price to receive half a point or more in their favor on a point spread game.

Neutral Site – An arena, a court, ring, rink or field where neither side has a home field advantage.

Newspaper Line – The lines which appear in various daily newspapers. These lines are only approximate and can be downright inaccurate and misleading.

Nickel line – A wagering line where the juice is 5%.

No action – A wager where no money is lost nor won.

Odds – The likelihood of the outcome of the event, stated in numerical form.

Off the board – A game in which the bookmaker will not accept action.

Outlaw Line – Term for the earliest line in sports betting.

Over – A sports wager in which the bettor guesses that the combined point total of two teams will be above a specified total.

Parlay – A wager on two or more teams, or outcomes, in no particular order, where all selections must win for the player to be successful. All teams wagered on in a parlay must win to ensure a payoff.

Pick ’em – When neither team is favored. Also called a "pick" in sports betting terms.

Point spread – The predicted scoring differential between two opponents as quoted by a Sportsbook.

Power Ratings- The strength of a team in comparison to another team.

Press – To wager a larger amount than usual.

Price – The odds or point spread.

Prop (Proposition) Bet – A special wager offered by the Sportsbook on unique and various topics. These wagers can be on sporting events, politics, and even trial outcomes.

Puckline – Giving odds of a goal spread instead of using a Canadian Line in hockey, where both a goal spread and money line are played.

Push – When the contest ends with no winner or loser for wagering purposes.

Round Robin – A series of three or more teams in 2-team parlays.

Run down – All the lines for an specific date, sport, time, etc.

Run line – A spread used instead of the money line in baseball.

Runner – One who places bets for another.

Scouts – A person who studies the performance and potential of teams or contestants, and reports the handicapper(s).

Sharp – A sophisticated or professional gambler.

Single action – A wager on a single result or outcome.

Sportsbook – A person or company that accepts bets.

Spread – The predicted scoring differential between two opponents as quoted by a sports book.

Steam – When a line starts to move rapidly. Most "steam games" do not necessarily reflect objective circumstances, but are games that a mass of bettors seem to be drawn to.

Straight bet – A wager on just one team or individual.

Straight-up – Winning the game without any regards to the pointspread.

Taking the points – Betting on the underdog in a point spread event.

Taking the price – Betting on the underdog in a money line event.

Teaser Wager – A wager on two or more teams where the line on each team is adjusted in favor of the player. Like a parlay, all selections must be correct for the teaser wager to payoff.

Total – The combined amount of runs, points or goals scored by both teams during the game, including the overtime.

Totals Bet – A proposition bet in which the bettor speculates that the total score by both teams in a game will be more or less than the line posted by the Sportsbook.

Tout – Someone who sells their expertise on Sports Betting.

Trends- Using the outcomes of past events to help predict future events.

Under – A wager in which the bettor guesses that the total points scored by two teams will be under a certain figure.

Underdog – The team perceived to be most likely to lose.

Value – Getting the best odds on a wagering proposition; the highest possible edge.

Vigorish – The Bookmaker’s commission on a losing bet; also known as juice.

Wager – To risk money on the outcome of an event.

Wise guy – A well-informed or knowledgeable handicapper or bettor.

Back to Sports Betting Tips and Tricks